I was putting together a Clojure library for RFC 6979’s deterministic elliptic curve digital signature algorithm (ECDSA) [1] on top of the JVM’s cryptographic primitives, and decided to try writing out ECDSA from scratch — separately from the production library! obviously — just to better understand what was going on with the deterministic k parameter that I was generating.

I got to step 6 of the algorithm described on the Wikipedia page before running out of vocabulary to Google the math that I needed to implement. 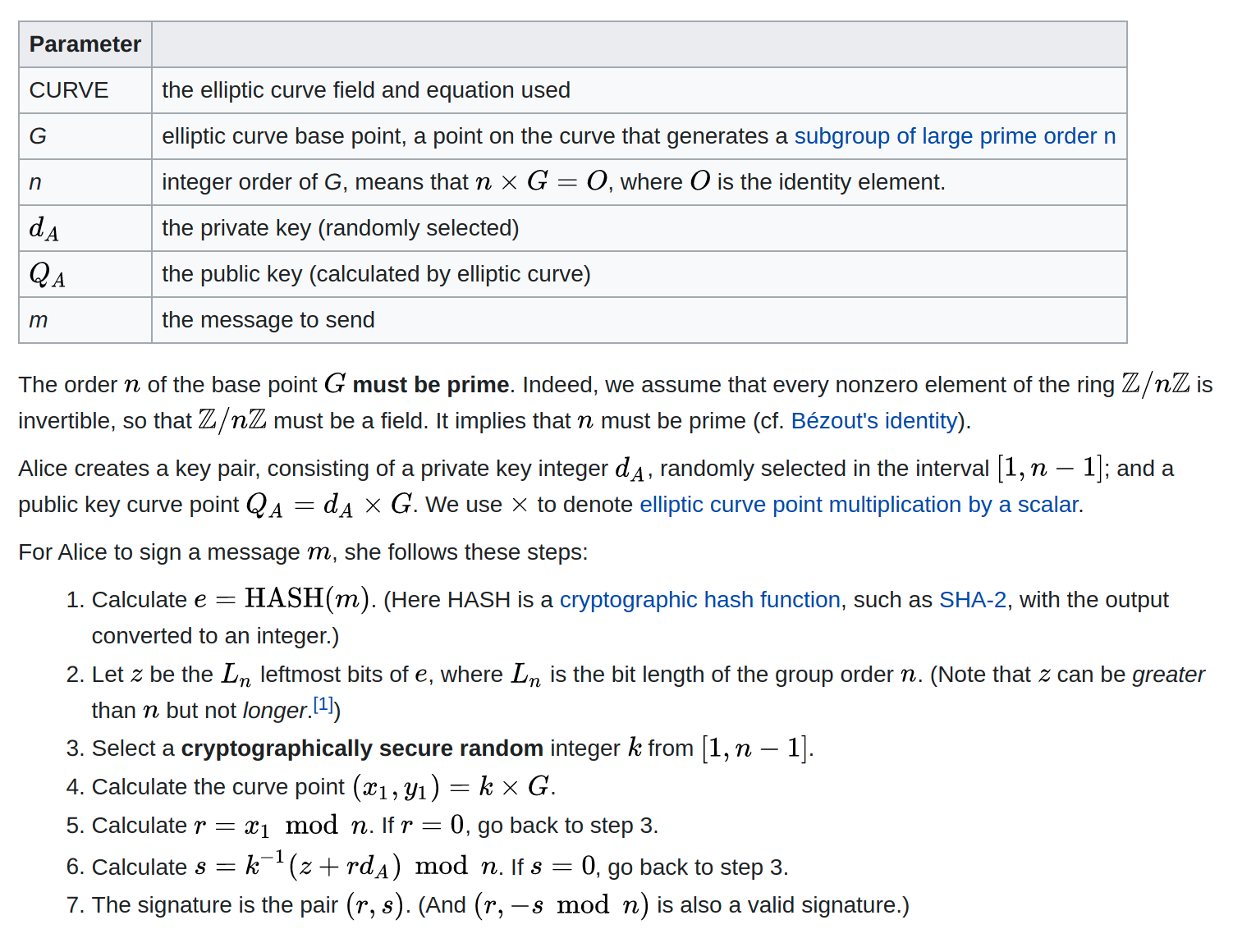 It is a modular multiplicative inverse. If it were s = k^-1 mod n it would be straightforward enough to Google ‘mod inverse’, but there’s an extra step.